We had the pleasure of stopping by a pop-up shop on King St. W. called “The Queen’s Trunk” which was co-created by Canadian-British actress and singer/song-writer, Karen David.

The pieces that were showcased are directly from London, U.K. and what’s interesting about them is that they’re either brand new or have been worn once on celebrity red carpets or British television shows. One of the TV shows mentioned was Mad Men. 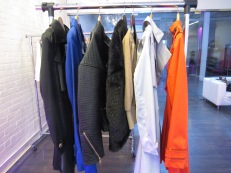 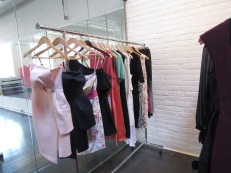 As for the accessories, there was a selection of headpieces perfect for weddings or any formal event. They also had vintage jewelry displayed such as the gold-drop earrings which were $20 and the handmade pearl headband.

This headpiece caught my eye and it reminded me of when Kourtney Kardashian wore a similar one years back. Prescylla also fell in love with it and we decided to get one ourselves!

Headpiece that Prescylla & I purchased at $12

We’ve also photographed festival-inspired pieces from The Queen’s Trunk which will be featured in our next blog post!

Check out the Queen’s Trunk’s social media sites for any updates on the next pop-up shop location: